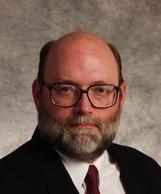 Patents: 69 issued US patents, plus several others pending.


Papers, Articles, and Presentations:  More than 20.